There were a few things that led to my travel addiction. A stressful job, settling into married life and my complete non-desire to have children led me to think, ‘what next’? I’ve always been a fan of going on holidays, but 2015 was the year I made it my hobby. I dedicated all my spare time to day trips, weekends away and saving money for bigger trips. It’s also the year I started blogging.

Now I know my list of places visited in 2015 is not in the least bit impressive compared to every other travel blogger out there, but this is just the start. I already have plans to double my travel plans in 2016, and I can’t wait to write my 2016 travel highlights this time next year to see how far I’ve come (quite literally!)

I haven’t had a chance to write about each and every thing on this list yet, but I will! For now, here are my travel highlights from 2015. 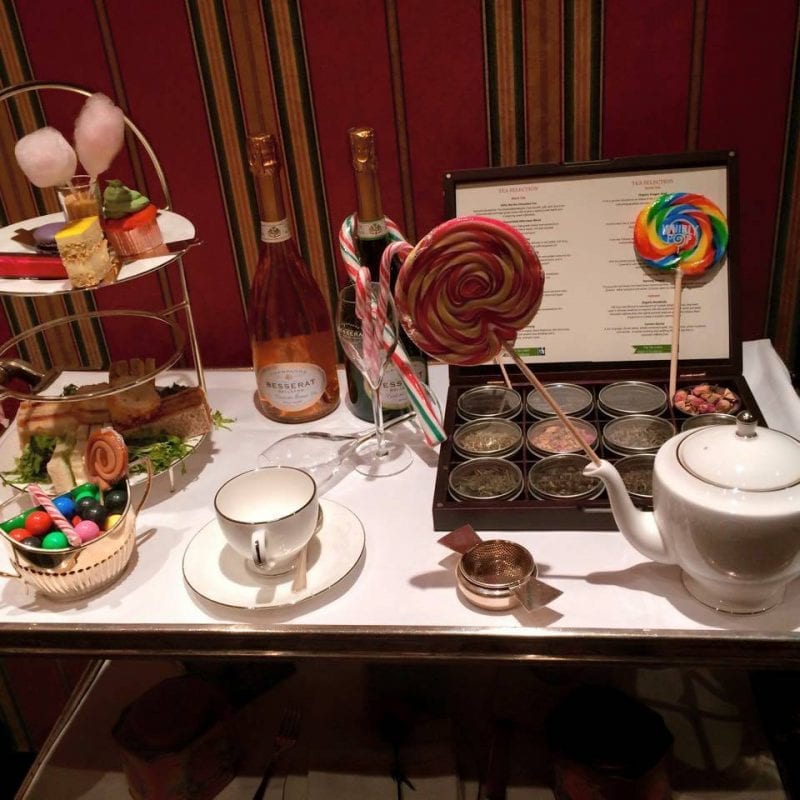 I started off the year in style, with a visit to The Chesterfield Hotel in London. To celebrate the release of the Charlie and the Chocolate Factory musical in the West End, they had designed an afternoon tea in the style of something out of the factory itself! My friends and I were treated to staples including scones and finger sandwiches, as well as Wonka bars, popping candy drinks, Oompa Loompa cupcakes and even a golden ticket at the end! It was a really interesting twist on afternoon tea, as they all tend to offer the same thing nowadays… 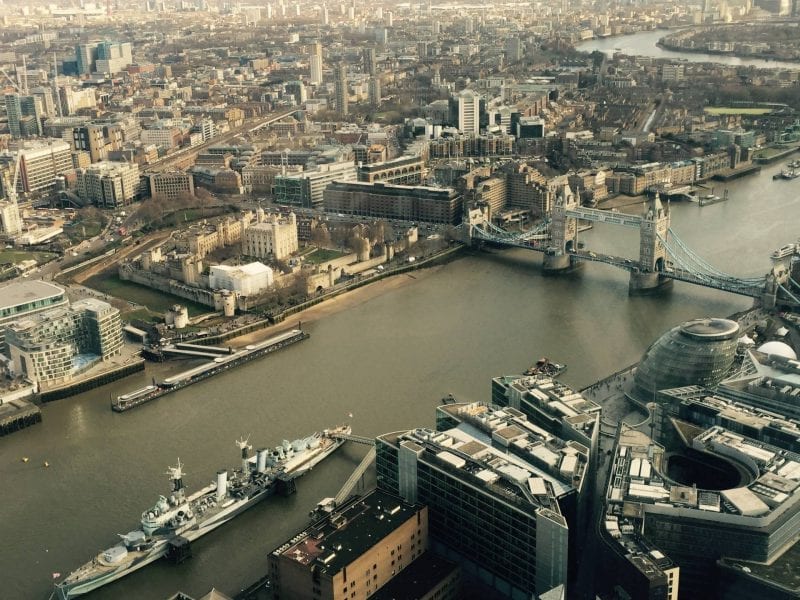 Another day trip to London! This time, we took a trip up the Shard for a fabulous view of the city. Even though the weather wasn’t great, we could still see for miles. This might sound odd, but my favourite part was actually the toilets! Each cubicle has a floor to ceiling window making them the toilets with the best view in the whole of London. While in the City, we also visited the West End to see Les Miserables. It was fantastic! 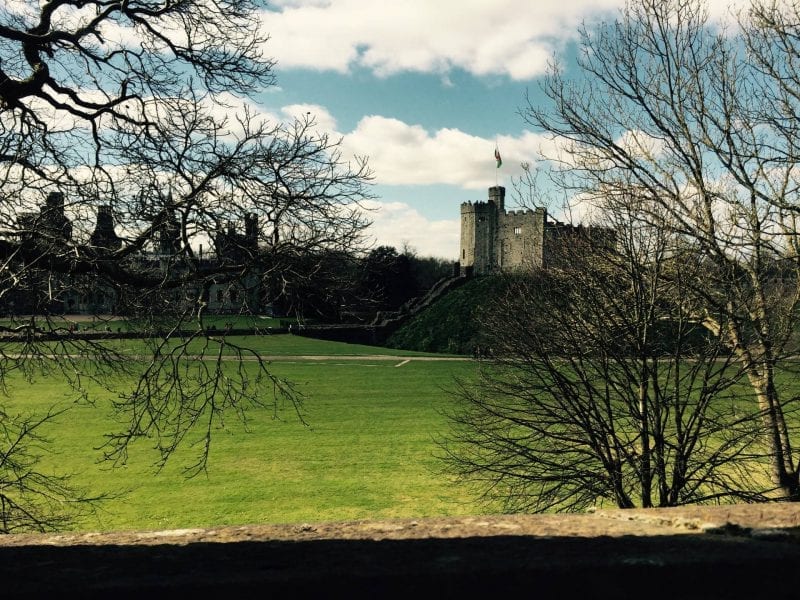 For our first trip ‘abroad’ in 2015, we decided to have a bargain weekend away in Cardiff. We hopped on a train, booked ourselves into a hotel and explored the city. It’s home to some wonderful restaurants, bars and things to see. We took a tour around the castle and wandered down to the coast to see the bay and the Millennium Centre. It was a lovely weekend and we were really lucky with the weather – just look at that blue sky! But ignore the clouds… 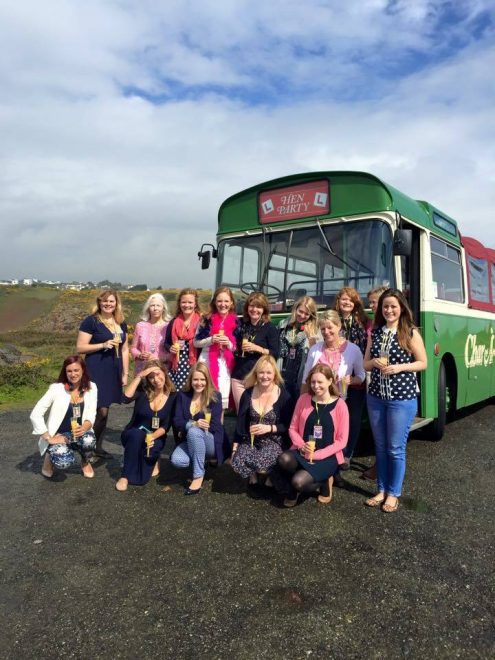 In April, I finally made it out to Jersey to visit my friend Jo for her hen do. We not only wanted to send her off into married life in style, but also explore the island that she has made her home for the past few years. Jo’s bridesmaids had organised an open top bus tour that took us to the German war tunnels, the beaches, La Corbière lighthouse and the capital of Jersey, St Helier. Now that’s my kind of hen do!

May was relatively quiet on the travel front, but we did make it over to Cheltenham for a weekend to celebrate the wedding of our friends, Aysha and Tom. It was on one of the hottest days of the year so they were able to have their ceremony outside in the sunshine. It was just beautiful! 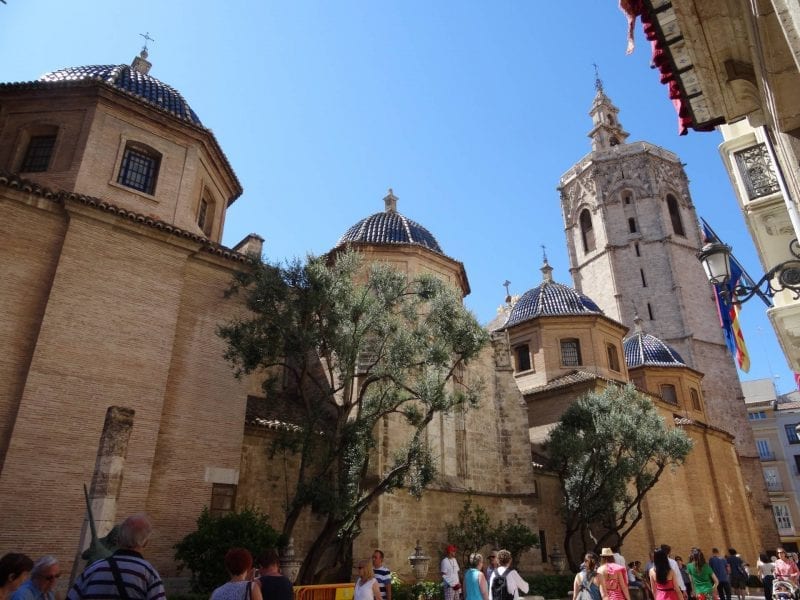 In June, I had one of the best experiences of my life. I packed my bags and headed off to Valencia to spend a week in a Spanish language school. I had no idea what to expect. At best, I thought my Spanish would improve a bit and that I’d get some much needed Vitamin D. In reality, my Spanish became a whole lot better, I made some wonderful friends from across the world and I fell in love with Valencia. It is the most beautiful city and has absolutely everything you could ever need – sunshine, history, culture, beaches, delicious food and nightlife. I can’t wait to go back. 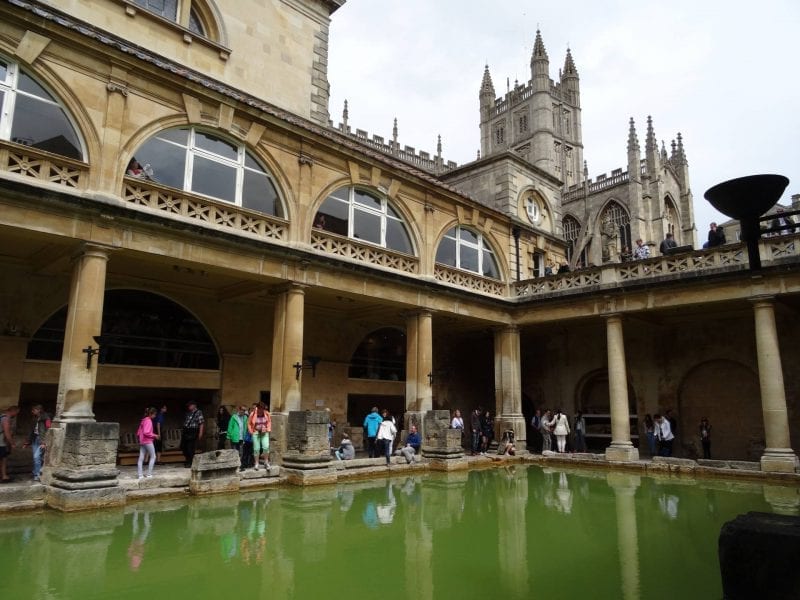 I find it really difficult to pass up a deal, so when I came across a Groupon for a glamping trip to Warminster, I grabbed my friends, packed my wellies and asked Tim very nicely if he would drive. We spent the weekend in a bell tent with proper air beds, duvets and marshmallows roasted on an open fire. As the ‘glam’ is supposed to mean ‘glamorous’, we had expected decent toilets and hot showers, but were met by a hole in the floor and ice cold water. Still, you can’t have it all, so we held our noses on both counts and made do. While in the area, we enjoyed day trips to the beautiful city of Bath (above) and Longleat Safari Park. A great weekend after all! 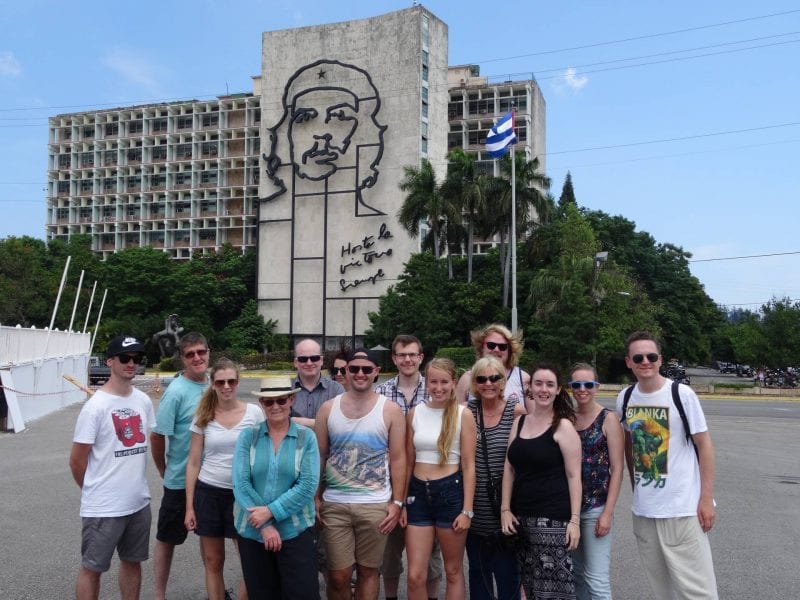 Cuba has been on my bucket list for as long as I can remember and, in August, we finally made it! Drawn by its charm, scenery and, of course, the mojitos, we spent two weeks in the summer on a G Adventures tour of Havana, Vinales, Maria La Gorda, Saroa. The tour itself was a bit hit and miss – some of the towns we visited didn’t seem worthy of a visit, but there were also some gems, like the bright and bustling city of Havana and the lush, mountainous scenery of Vinales. The people were also wonderful, and the mojitos really were the stuff dreams are made of. 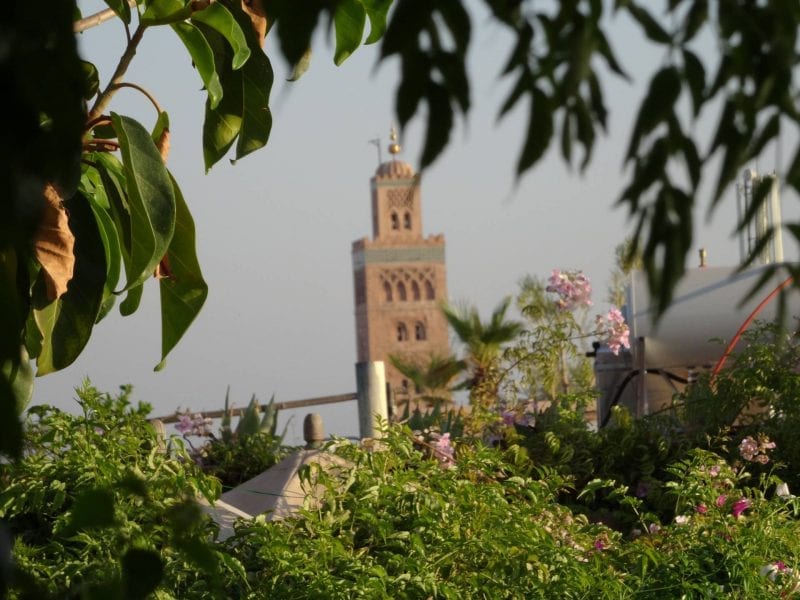 To celebrate our first anniversary, we spent a long weekend in Marrakech with Tim’s brothers and their significant others (including fellow bloggers, Simon & Hayley). It was our first ever trip to Africa, so we were determined to do it to the full. We visited all the major sights, including the Jemaa el Fna, Bahia Palace and Majorelle Garden, all the time with our bellies full of tagine and the sweetest mint tea. Being the only guests in the whole place, we were spoilt in our riad with the most delicious full breakfast cooked every morning. We felt like Moroccan royalty! 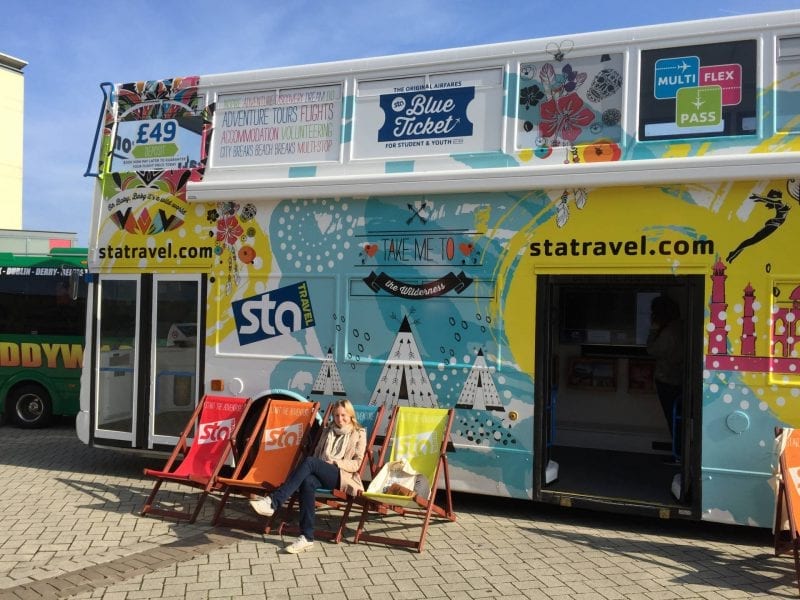 In October we had yet another day trip to London. But this time, we weren’t drawn by any sights in particular. Instead, we went to the TNT/STA Travel Show in London to pick up some 2016 travel advice and see what deals were on offer. Not able to settle on a 2016 destination, we left empty handed apart from a very large number of free pens. Read more about that and the 10 things we learnt at the TNT/STA travel show. 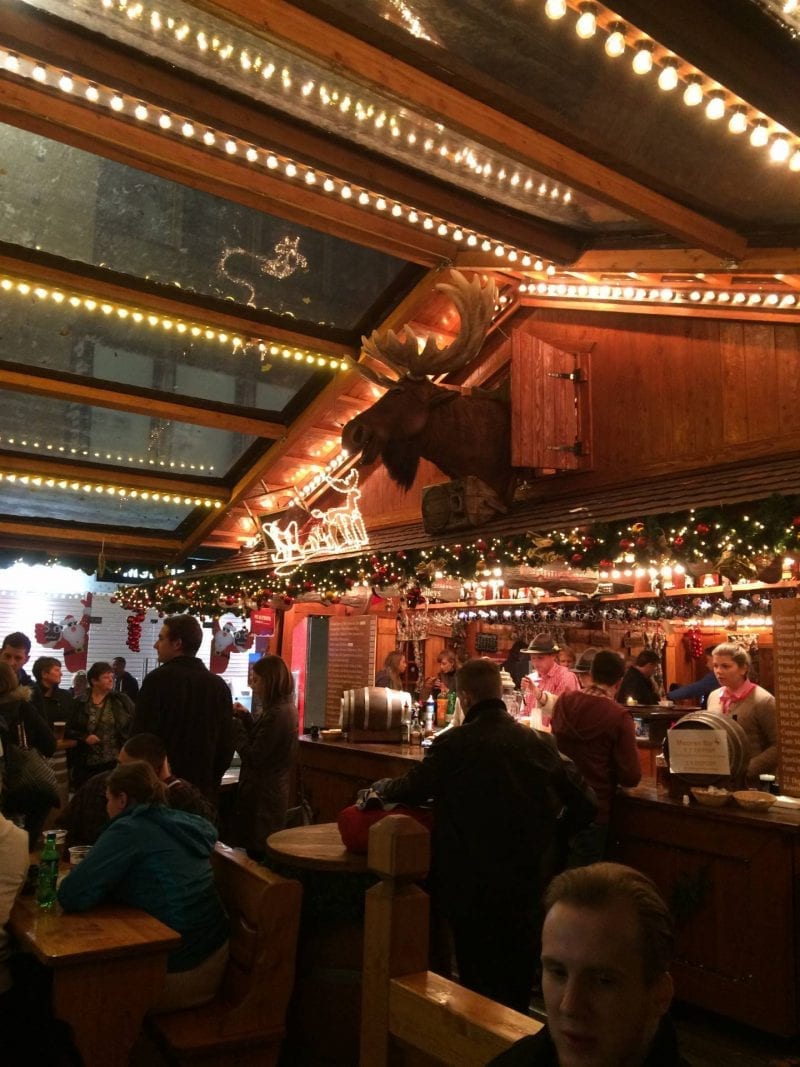 When you love Christmas as much as I do, you need that festive fix as soon as possible. November seemed like a great time to start, so we decided to spend a weekend with our friends seeing what Bristol had to offer in terms of festivities and good food. Lots, it turned out. We spent hours wandering around the Christmas market and even longer in restaurants to end up with shapes that would even rival Santa. Read more about our 24 hours of Bristol foodie heaven. 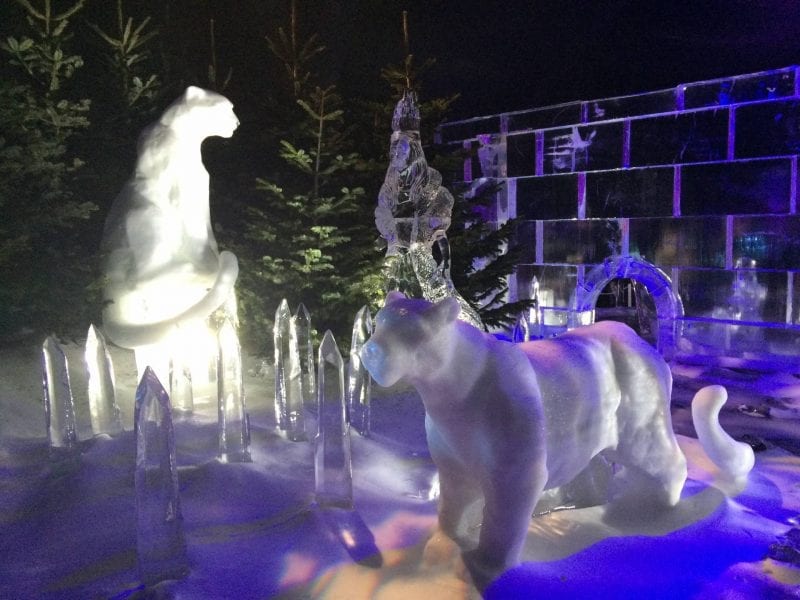 Yep, you’ve guessed it… London again. I should make a 2016 resolution to visit it less! In December, I spent a day at Winter Wonderland. Though it’s incredibly commercial and always busy, I love Winter Wonderland. It makes for a great day out with food, drink, shops, rides and various other attractions. My friends and I mixed with snow leopards made of actual snow and ice queens made of actual ice. It may have been cold, but it sure was fun.

2015 has been a great year, with so many travel dreams under my belt but even more travel dreams in my head. I can’t wait to get my 2016 travel on, because I know it’s going to be even better…