2016 has been a pretty weird year. But, ignoring Trump, Brexit and far too many tragic celebrity deaths, it’s been a pretty incredible year for me when it comes to 2016 travel highlights. My blog turned 1, I ticked a few places off my bucket list and I racked up a whole 8 trips abroad with just 29 days annual leave.

This post shares my 2016 travel highlights month by month:

January
Our 2016 travel highlights started with my first visit to Scandinavia. Copenhagen was chosen as the destination for my Christmas present to Tim, thanks to its newness to us both and its endless list of things to see. Having been warned off the city for being too expensive, we were pleasantly surprised to find the flights were cheap and the accommodation was reasonably priced, but we were travelling seriously off peak. January had just begun but the festivities of new year were a distant memory as many of the major attractions (including Tivoli Gardens – a place I longed to see) shut up shop for the winter. Despite this, we still managed to fill our days wandering the streets, drinking lager and eating open sandwiches. And we couldn’t have been happier. Warmer, sure, but not happier. 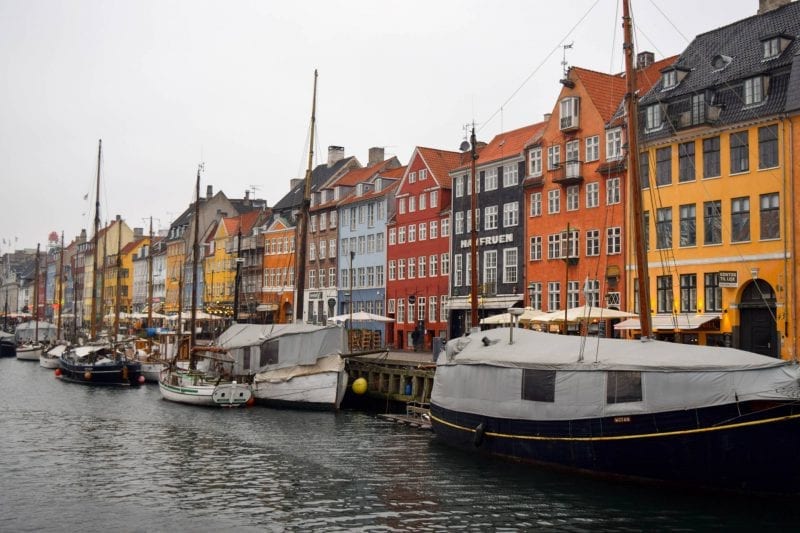 March
Our March trip was a bit closer to home as we spent a weekend in Cambridge. We had a couple of days to explore the beautiful university city, filling our time with a punting trip along the river, eating in boutique restaurants and sleeping in a cosy little Airbnb apartment. We were walking in Stephen Hawking’s footsteps as we found his old college,  crossed the city’s famous bridges and walked through its many beautiful parks. We really enjoyed our visit to the city and would definitely recommend it to others looking for an alternative weekend to London. 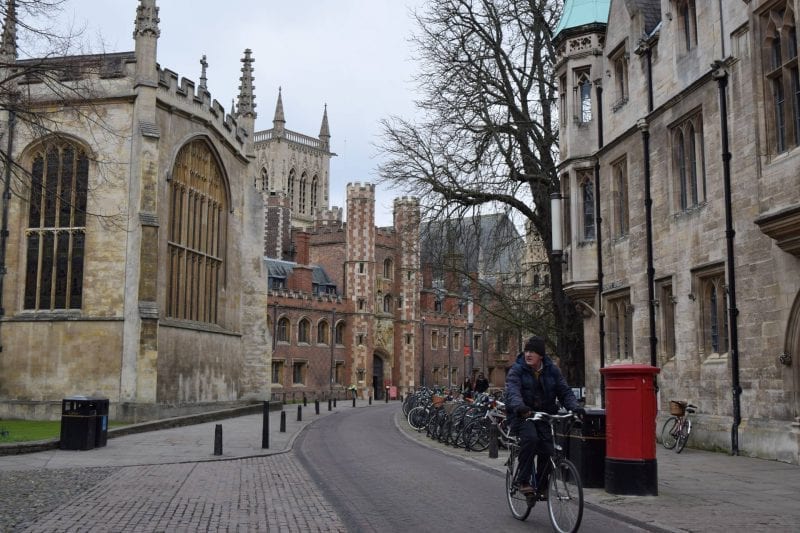 April
April was the month I found a new country to rival Spain as my favourite place on earth. Sri Lanka just seemed to have it all – culture, beautiful landscapes, wildlife, sunshine and some of the most friendly people I’ve ever met. We went on the Wild About Sri Lanka tour with On the Go Tours and were treated to a fantastic group and one of the best tour guides I’ve ever had. The tour enabled us to take in the main sights of the country – Sigiriya, Dambulla, Kandy, a train ride up into the hills of Nuwara Eliya and some incredible game drives in the national parks where we were lucky enough to see elephants, monkeys, birds and even an elusive leopard. It was easily one of the best trips of my life and, ignoring the elephant orphanage, I loved every minute. 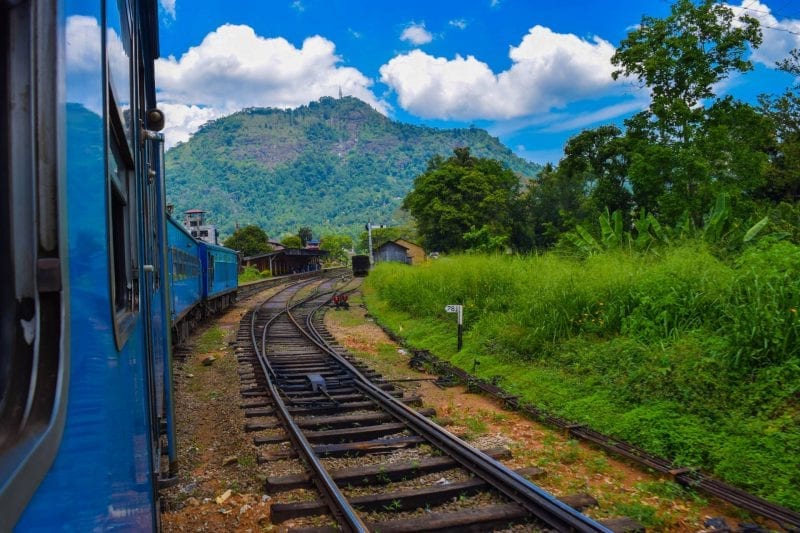 May
Just a few days after returning from Sri Lanka, I was back at Heathrow on a plane to Tokyo for a long weekend in May. I wouldn’t normally make a habit of travelling a 24 hour round trip just to spend 48 hours in a city, but it was all thanks to a trip my office had planned to say thank you for our hard work over the past year. Who was I to say no to a free trip to the Far East?! Having visited before, I made the most of going to the places I wish I had gone to last time. This included Tokyo Skytree, a karaoke bar and, of course, Disneyland Tokyo. 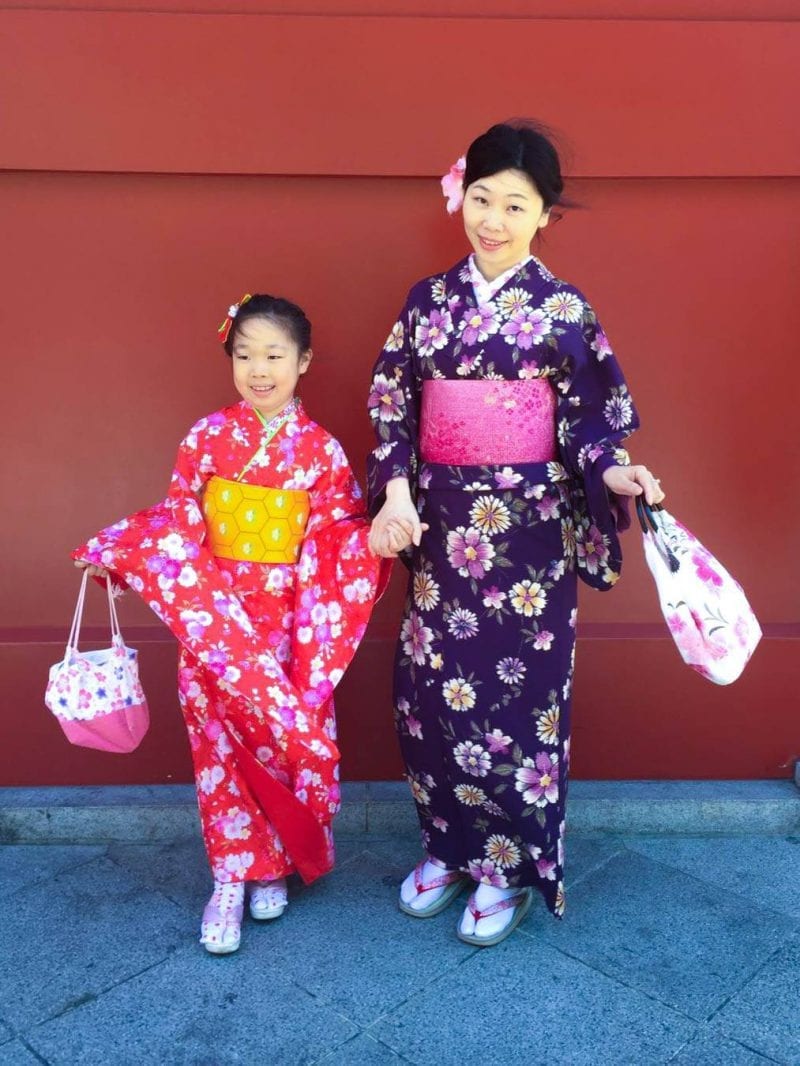 June
To celebrate my birthday in June, we flew over to Lisbon for a long weekend. It quickly became one of my very favourite cities thanks to its laid back European feeling, stunning architecture and one of the tastiest little pastries that I made it my mission to eat as many of as possible (I managed 8 in three days).
A week later, Tim also treated me to a weekend away in Kent where we stayed with our lovely friends Kat and David and visited the historic town of Rochester. 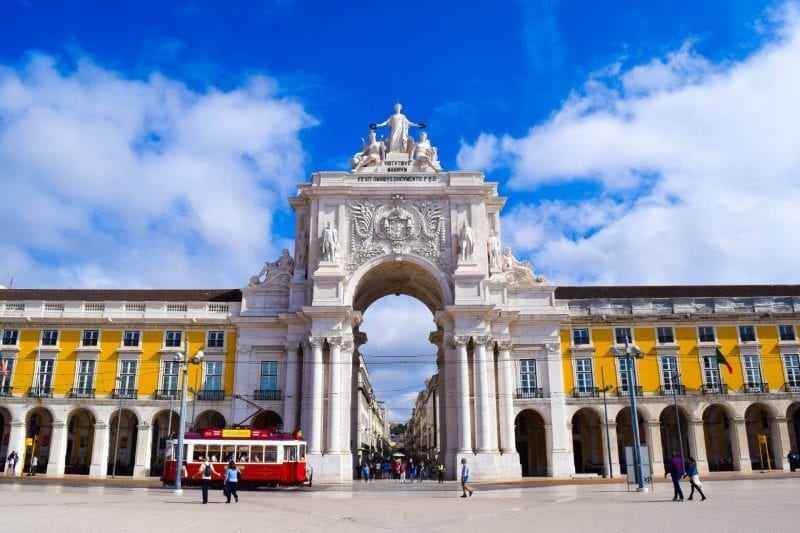 July
No Would Be Traveller list is complete without a mention of Valencia, so of course we headed there in July. I spent another week in the Spanish school Españole, learning the language and living like a local in a perfect apartment right in the centre. We spent the weekend taking a tapas tour, visiting the oceanografic (huge aquarium) and taking in the city’s fantastic atmosphere. Of course, I loved it.
We also spent a luxury weekend away in Evesham in the Cotswolds. Having won the chance to drive a BMW i8 for the weekend, Tim was in his element and I was too as it meant I could explore the local area, eat meals with over 5 courses and drink Pimms in the garden of a luxury hotel. July was good to us! 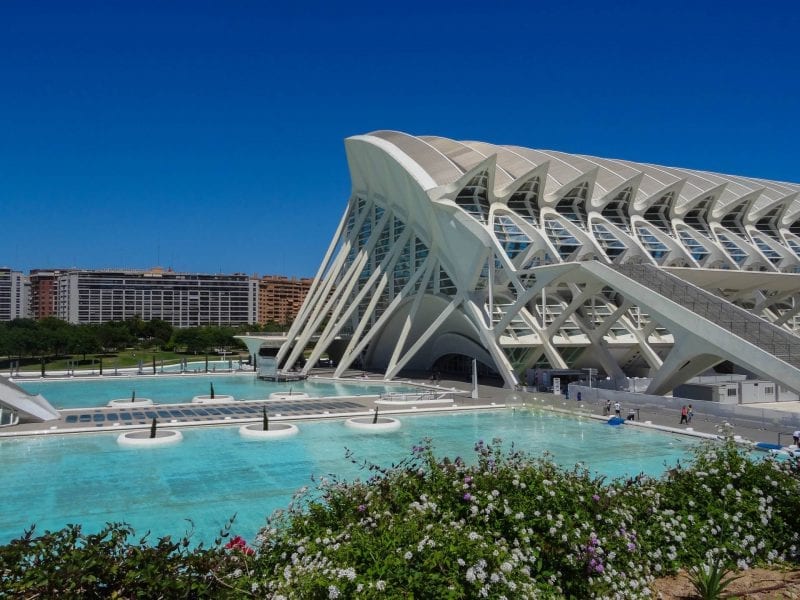 September
We spent September pretty close to home with a weekend trip to Berkhamsted to celebrate Tim’s birthday and our anniversary. We stayed in a beautiful log cabin we found on Airbnb and loved exploring the town using it as our base. Our weekend was spent visiting Berkhamsted Castle, watching a movie in the beautiful Art Deco cinema, The Rex, and eating in some fantastic restaurants. Just like Cambridge, Berkhamsted is a fantastic place to go if you’re looking for somewhere outside of London but with enough to keep you busy. That’s why we chose it in September. 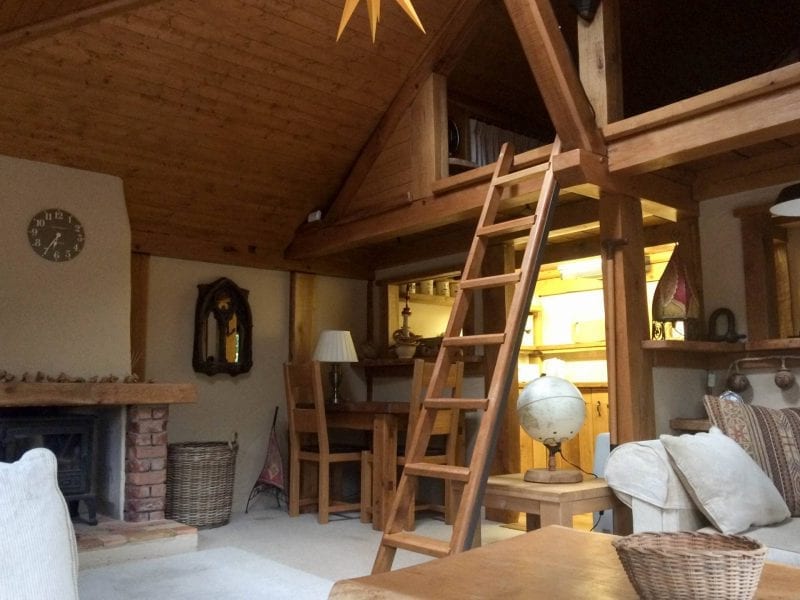 October
October was one of the busiest months for us, as we spent a weekend in Vienna, another in Brighton and a week in India.
I had been to Vienna before with my parents, but it felt different to go back when I could choose where to go and what to see. We took advantage of the Vienna Pass so we could get fast track and discounted entry to all the main sights including Schonbrunn, Stephansdom and trips on the tourist buses.
To celebrate 10 years since I started university, we returned to Brighton to stay in a big house with my old housemates and their significant others. We reminisced by visiting the university campus, eating at our old favourite restaurant and taking a trip on the new i360.
The month culminated with India, where we were back on an On the Go Tours trip to the Golden Triangle. We took in Delhi, the Taj Mahal at Agra, the Amer Fort in Jaipur and incredible wildlife at Ranthambore National Park. 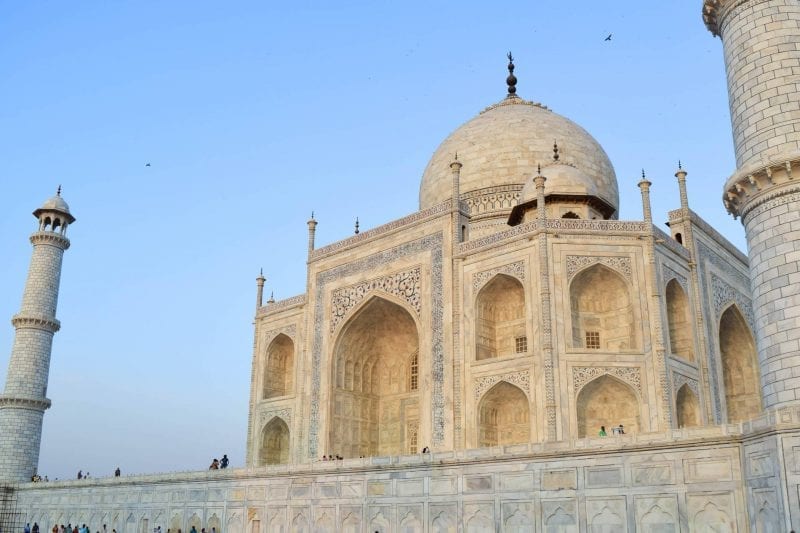 November
To make up for a pretty busy October, November was a quiet month for travel, but we still managed to squeeze in another trip to the Cotswolds to celebrate the beautiful wedding of my brother and sister in law in Moreton-in-Marsh. It’s a beautiful little town and well worth a visit if you fancy a taste of little England!

December
We rounded off 2016 in style, at the rooftop garden of Herodion Hotel in Athens. The fireworks display next to the Acropolis was spectacular, and a once in a lifetime experience that we were very grateful to have. Apart from the wonderful New Year’s Eve celebrations, our long weekend in Athens was full of good food, amazing sights and snow. Yes, really, it snowed in the city centre for the first time in about five years and we were there to witness it! 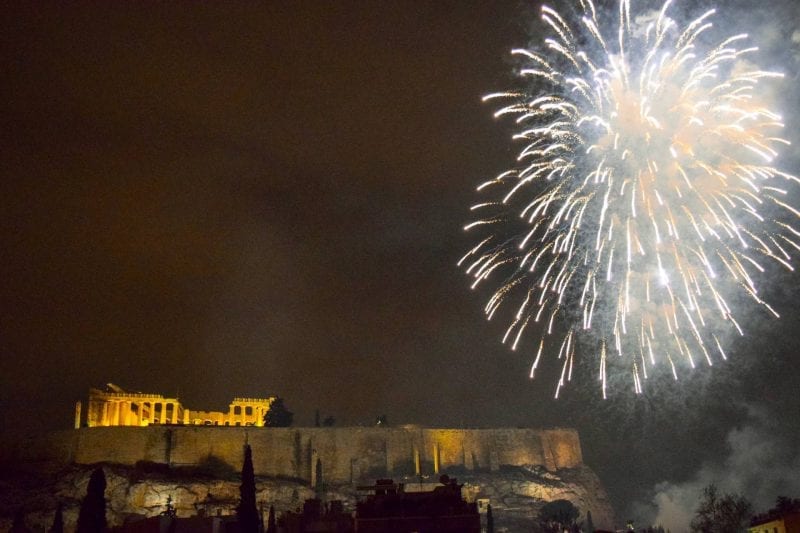 Overall, 2016 has been one of the best years of my life and I can’t wait to see what 2017 has in store. With plans to visit Hong Kong, South Africa and Hungary already in place, it just might be even better.

4 thoughts on “2016 Travel Highlights: My Year in Travel”