I get it. You’re planning a trip to South Africa and already know where you want to go and what you want to see. But what’s the best way to travel in South Africa? After all, it is a pretty massive country, and it will take some planning to make the most of your time there.

As I see it, there are three options for travel in South Africa: Public transport, self-drive or a group tour. In this post, I share the different ways of how to travel in South Africa, as well as the pros and cons of each way of travelling to help you figure out what would work best for you.

Like most countries, public transport in South Africa is probably the most affordable option. However, it’s not usually recommended due to safety and security concerns for tourists. For that reason, I’m only going to focus on the types of public transport that don’t have horror stories attached to them.

The pros of using public travel in South Africa

Because it’s such a big country, flying is nearly always the best option as it’s fast, comfortable and convenient – provided your destination has an airport of course! We were even offered a business class upgrade for £20 when we flew between Johannesburg and Port Elizabeth!

You could also try minibus services like Ashton’s. We used these guys for our journey from Johannesburg to Kruger and were pretty impressed. The driver was safe, professional and gave us plenty of insight into South African life on our 5 hour journey. We had plenty of rest stops along the way to visit the loos, admire the scenery and try local delicacies.

Another option – the Uber network in South Africa is pretty reliable and safe, making it perfect for travelling within the major cities and even further afield.

People told me I’d get used to South Africa time. It basically means things will happen whenever the person in charge wants it to. Which is great when you don’t really have anywhere to be, but not if you have a bus to catch. The biggest downside of public transport is that it really could take forever to get you anywhere. And if there’s only one bus running between Johannesburg and Kruger national park, you’d better darn catch it. Even if that means missing out on that cooked breakfast or second glass of wine.

A self-drive holiday in South Africa

If you like the sound of being in complete control of where you go and when you get there, consider driving yourself across South Africa.

The perks of self-drive travel

Whilst travelling, we met lots of people that had opted for self-drive travel in South Africa. They loved the fact the itinerary was completely up to them. If they decided they wanted to spend an extra night somewhere or completely skip a whole area, they could do it. By driving yourself across South Africa, you’re not flustered by public transport timetables, or forced to put up with moaning Marjorie in your group tour that needed the toilet. Every. 5. Minutes. Everything is just how you like it.

Have a look at this self-drive itinerary for South Africa for some inspiration!

The disadvantages of a self-drive

Despite the freedom and tranquility of a self drive, there can be far too much choice involved! Where do you start? Where do you want to end up? How long do you want to spend in each place? Plus, it can be particularly stressful driving in an unfamiliar country when you don’t know the way or rules of the roads.

Behold the group tour! To be honest, we take group tours in most countries. If, like me, you love the idea of meeting other like-minded travellers on a tour guaranteed to take in the best bits of a country, a group tour just might be for you too.

The best bits of a group tour

The perks are pretty obvious. Everything is organised for you, so you just need to make sure you’re at the right place at the right time to join in. You don’t need to worry about making your connections, or identifying the most hygienic place to drop trou, because your tour guide has already done all of that for you! So sit back, relax and enjoy your holiday.

Of course, you’d be a little stuck if you don’t like your group. Maybe I’ve just been lucky, but my tour groups have been full of fun, explorative, inquisitive people like me that love to travel. I’d be surprised if you found loners or those hell-bent on giving you a hard time.

Something else to consider is that a group tour itinerary is pretty set in stone. Some tour leaders are great at figuring out your interests early on and tailoring to them, but with big groups and activities planned by the tour operators, this isn’t always possible. To combat, free time is available on most tours, giving you at least an afternoon in each place to spend as you wish. In Tsitsikamma National Park, we ended up visiting a local American diner, tasting beer at a microbrewery and catching up on some well-earned sleep during our free time. But it’s completely up to you what you do!

As South Africa is such a varied country, it makes sense to select your transport to best suit the places you want to visit. We used a combination of public transport and a group tour on our 2 weeks in South Africa, and it suited us just fine.

What’s your favourite way to travel in new countries? What do you consider when choosing transport? 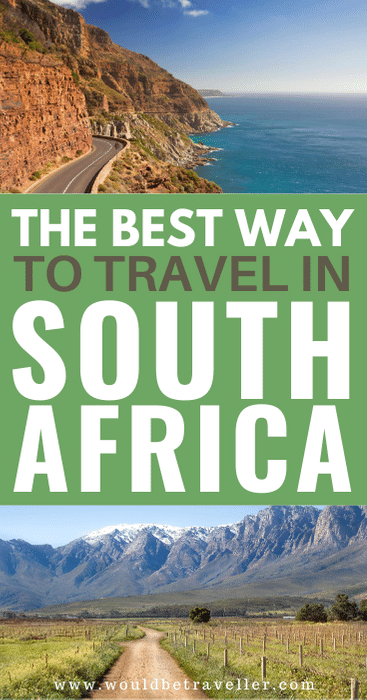 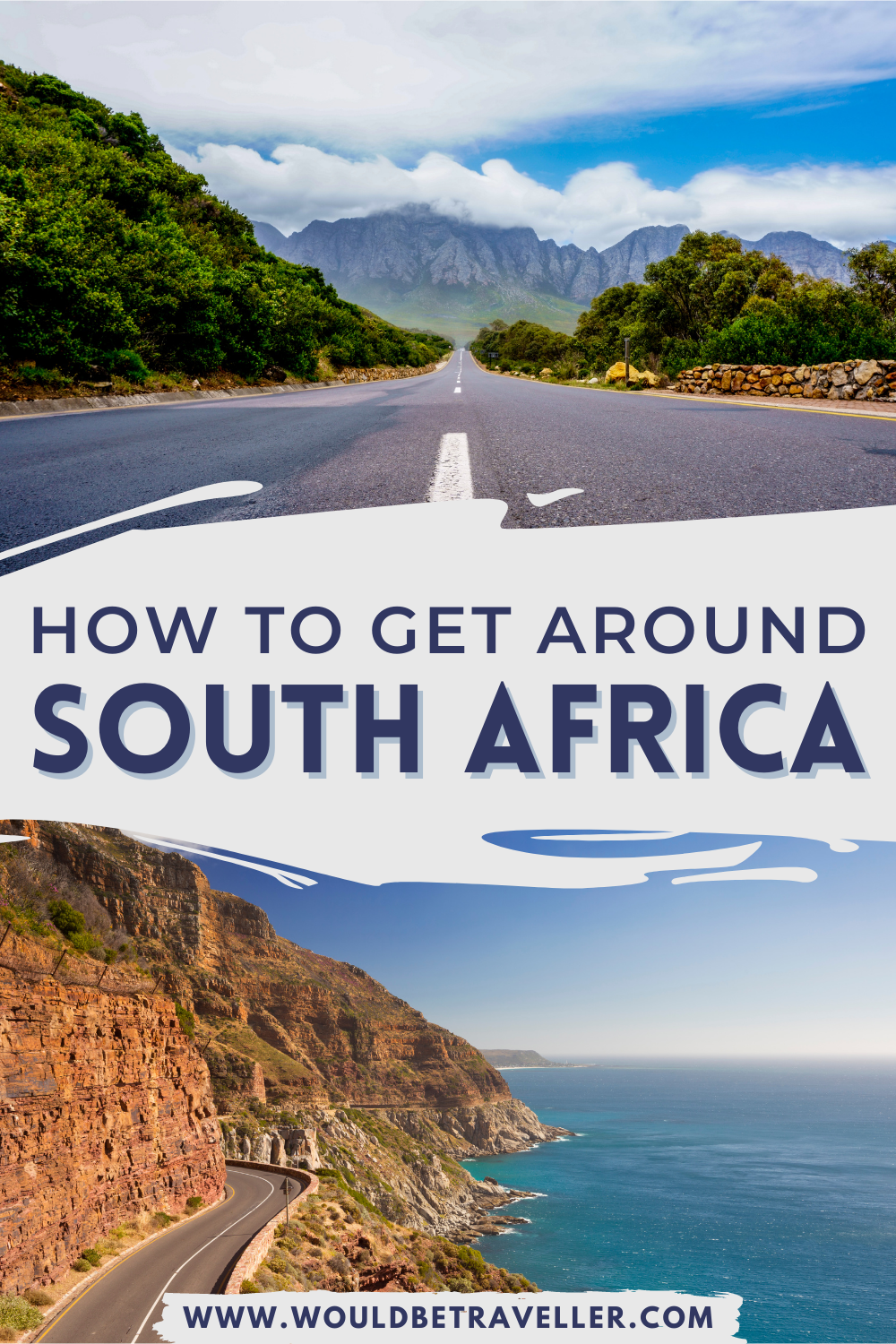 21 thoughts on “What’s the best way to travel in South Africa?”