The word private has got so many positive connotations – peace, tranquility, luxury, personal service. Let’s face it, people tend to prefer private over public in most situations: private bathrooms, private transfers… But, when on safari, would you rather choose a private nature reserve or public national park? 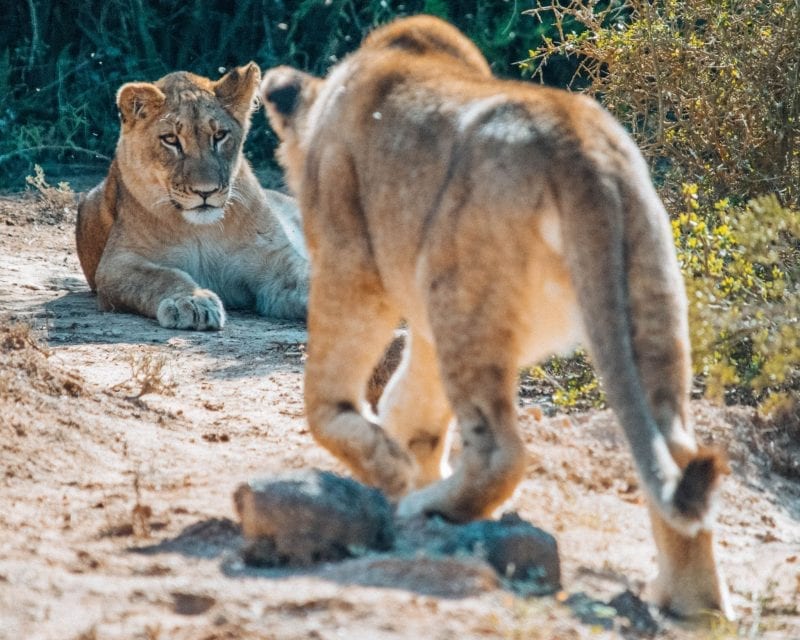 In my experience, there seems to be a disconnect between what a private nature reserve offers and what people think of them. When I told my animal loving friend I was visiting Africa on Foot in Klaserie Nature Reserve, she asked whether I knew they would place bait to force the animals closer to camp. Well, friend, no I didn’t. And nor do I believe it.

But she got me thinking – what are the differences between a private and public nature reserve? Which is better? And why? Having visited both on my two week tour of South Africa, I have done my research and formed my own opinion.

What are the differences between a private nature reserve and a public national park?

Private generally means more expensive, and for good reason. Private nature reserves don’t have thousands of guests paying the entrance fee daily, so they need to justify their prices somehow. With the extra expense, guests at a private nature reserve can enjoy excellent facilities, dedicated safari guides and specialised transport. However, if you can do without all that, public parks offer great value for money. 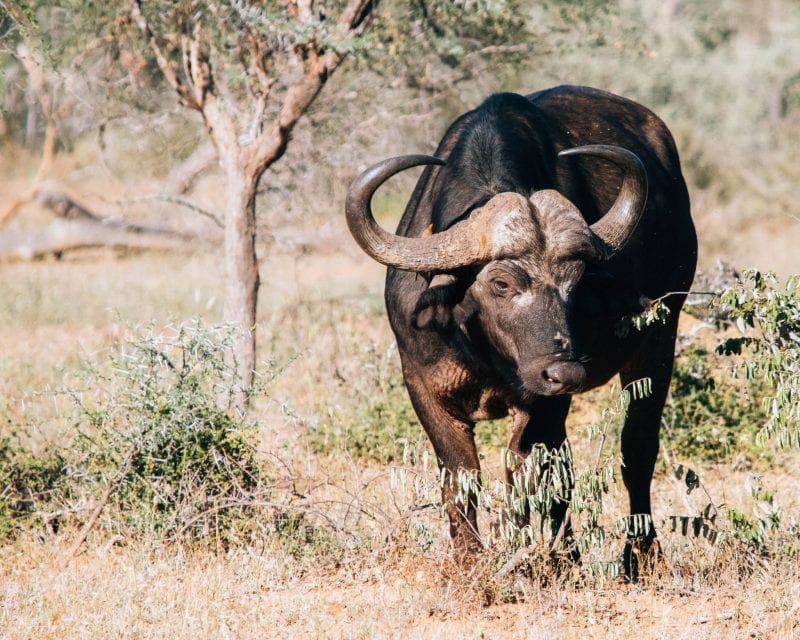 Heading out on safari in a private nature reserve felt right to me. We had access to a jeep that the guides would take up to 8 people out morning and night. The huge benefit of this was that guides on various jeeps could radio each other to let them know where the rarer animals were hiding. Yet, the guides also had complete control of the route you took and how long you could spend out there. In contrast, most public national parks allow you to drive your own vehicle along the pathways. Despite the fact it must be cool to choose exactly where you go, it was bizarre to see coaches and Ford Fiestas in Addo Elephant Park and it did take away the safari magic somewhat. 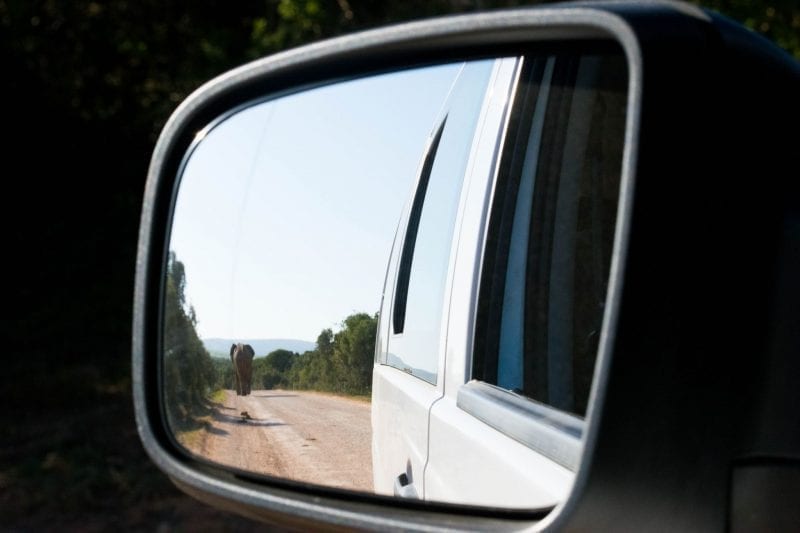 Just you vs. Lots of people

In a private nature reserve, the limited number of guests means you could go for a three hour game drive without seeing another human soul. Yet the capacity in public national parks is much bigger. In Addo Elephant Park, for example, there was a queue of cars for each animal sighting which reminded me far too much of a zoo.

Perhaps due to the added expense or the research that goes into finding a private nature reserve, it seems that guests to private parks have a deep rooted love for animals. They were happy to sit in wait for half an hour while the trackers did what they do best. Yet, at the national park we visited, the majority of visitors seemed to be there for a day out. They would zoom up to a sighting, snap a picture and drive off. Of course I’m generalising, but that’s certainly how it felt

In terms of animal sightings, some days you get lucky, others you don’t. There is no real difference in the parks on the animal front. I was expecting to have much more incredible sightings in the private nature reserve, but in the end they balanced themselves out. The most spectacular sightings in the private nature reserve were wild dogs and rhinos, whereas in the national park, we were treated to close encounters with baby elephants and lions. I love all animals equally (although my pet cat steals the top spot) so I was very happy with the sightings in both! 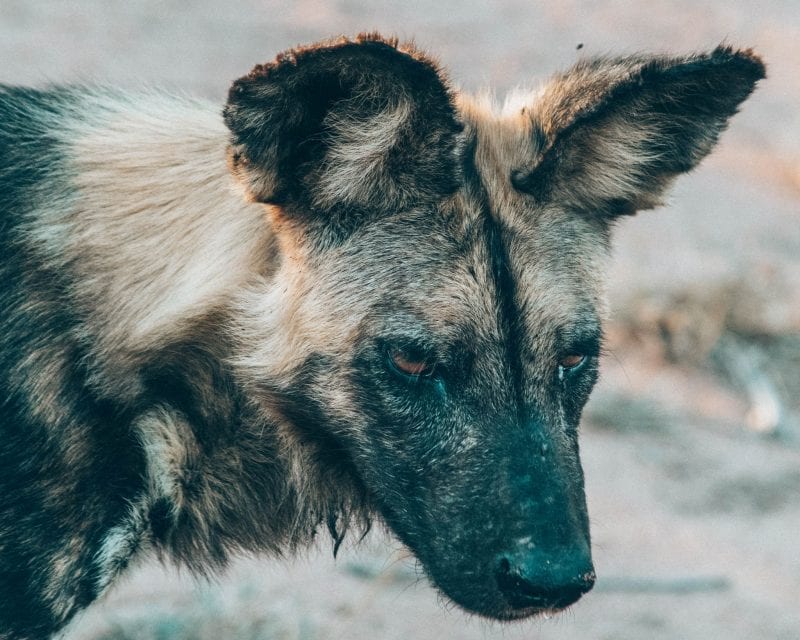 Now I now this point might be contentious to some, but from my experience of the staff in Addo Elephant Park, I felt the guides were there because it was a job, yet people in the private nature reserve we visited desperately longed to be there. Our visit to Addo was tainted by our guide who was intent on getting laughs. He thought it wise to drive up incredibly close behind an elephant baby and her mother, reaching out to touch the adult’s tail. Not only is this completely irresponsible (elephants can be mighty aggressive when they’re threatened), but also a complete invasion of the poor animal’s space.

Less accommodation vs. Loads of choice

We were limited in our choice of accommodation in Klaserie, so we were lucky Africa on Foot was just fabulous. In a public park, the sheer number of visitors means plenty of accommodation options have sprung up. From tented camps and boutique hotels to resorts, there’s something for everyone. However, there are far more private nature reserves than national parks, so you do have a wider choice of parks going private. 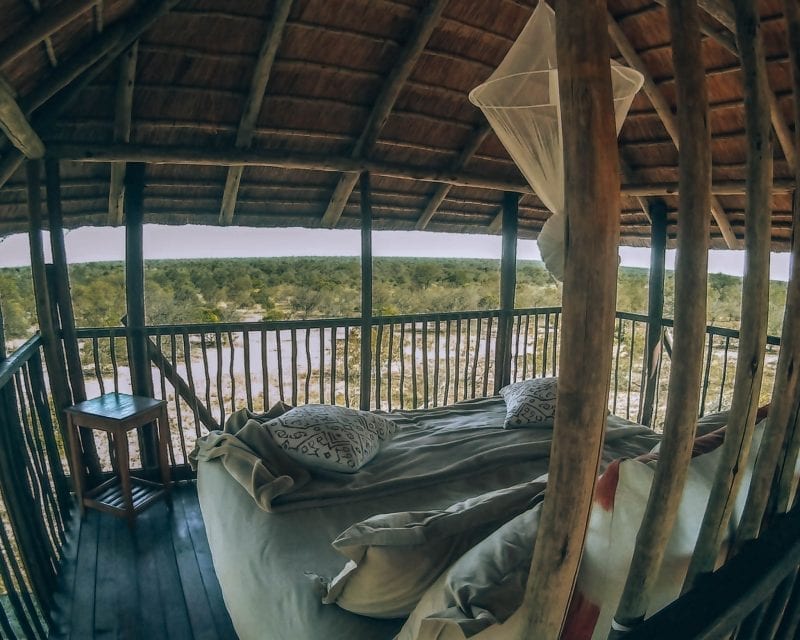 As with anything in travel (and life to be fair), whether you prefer a private or public nature reserve is a matter of personal preference.

Would you rather visit a private or public nature reserve? Let me know in the comments below! 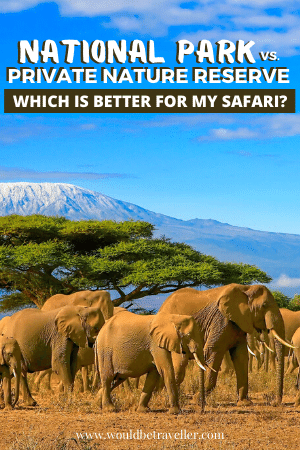